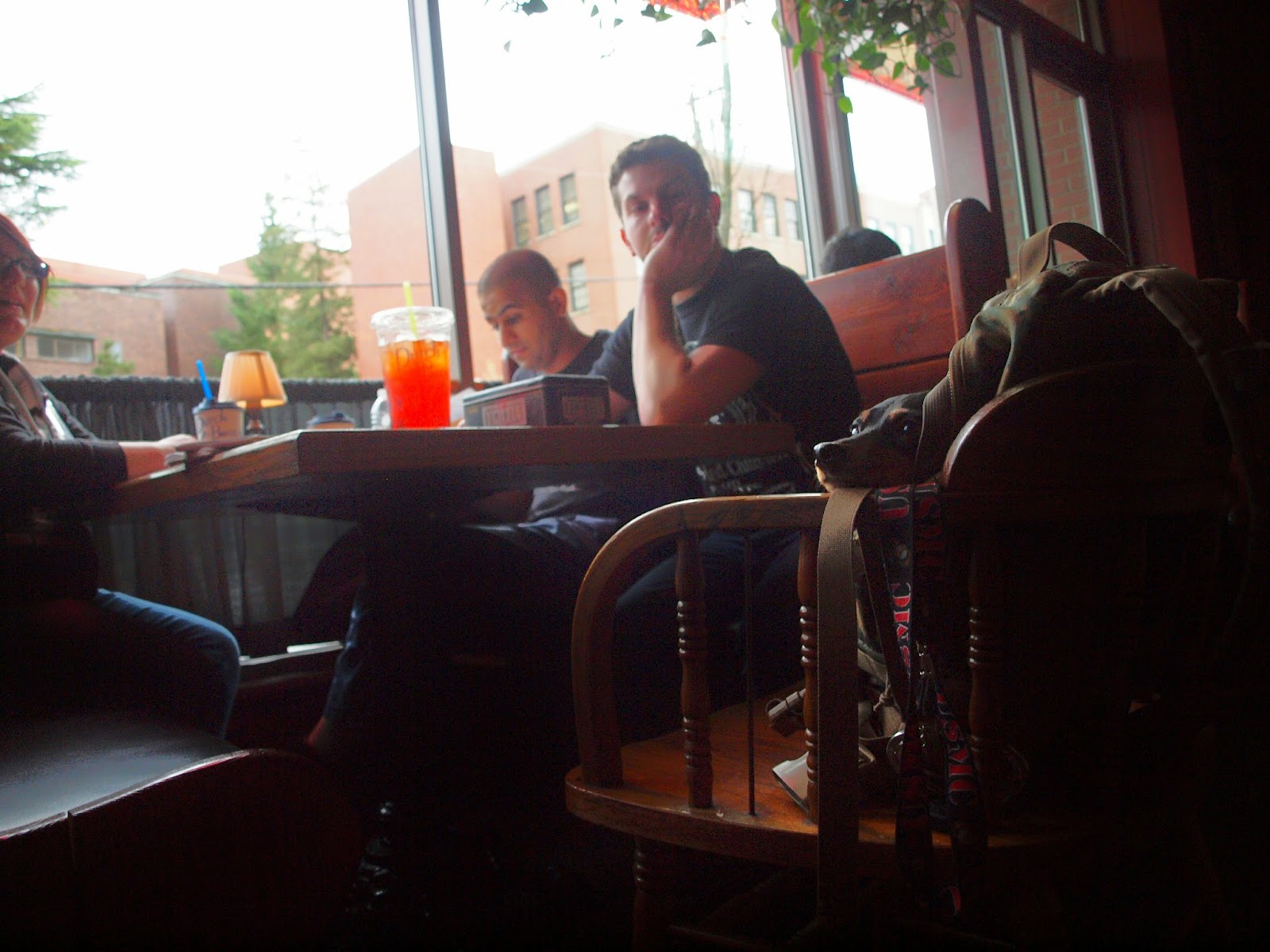 Shane Kohfield has taken on many roles in his life: son, husband, soldier, student, and most recently painter. Somewhat of a phenomenon artist and color blind, Kohfield decided he wanted to be a painter while driving home after a class at LBCC.

During his eight years in the Marines, Kohfield completed two tours of duty in Iraq. On his first tour, as he carried 100 pounds of gear while breaching a wall, he fell striking an unprotected portion of his head resulting in a traumatic brain injury rendering him legally crippled. Kohfield not only returned home crippled, and divorced, but was suffering with debilitating bouts of extreme PTSD.

Despite his share of tribulations he still finds humor in his new life.

His path to the Marines was just as spontaneous as his newfound career as a painter. After a fight with his mom in 2005, in which she told him he had nowhere else to go, Kohfield joined the Armed Forces.

“My reasons [for joining] became the right reasons over time.”

Injuries aside, Kohfield doesn't regret his time served. Ending his service as a sergeant, he prominently displays his commendations including expert marksmen, combat marksmen coach, and corporal’s course training in his living room.

Kohfield’s injuries have transformed him. The brain injury erased his memory, and he says he is a different person than before his incident; extroverted before, but is now introverted.

“I had to build a personality from scratch. I didn't like art until after the injury.”

However, with this personality and his previous, Kohfield has been successful at everything he has put his mind to. Proof of this can be found with his fast tracked military service, and how within two weeks of trying his hand at painting he sold his first piece for $2,000. A week after his first sale he had his first showing and gallery opening.

“I love his work... how they’re abstract but they all have a story behind them,” said Britnee Niehus, art fan and one of Kohfield’s favorite bartenders. 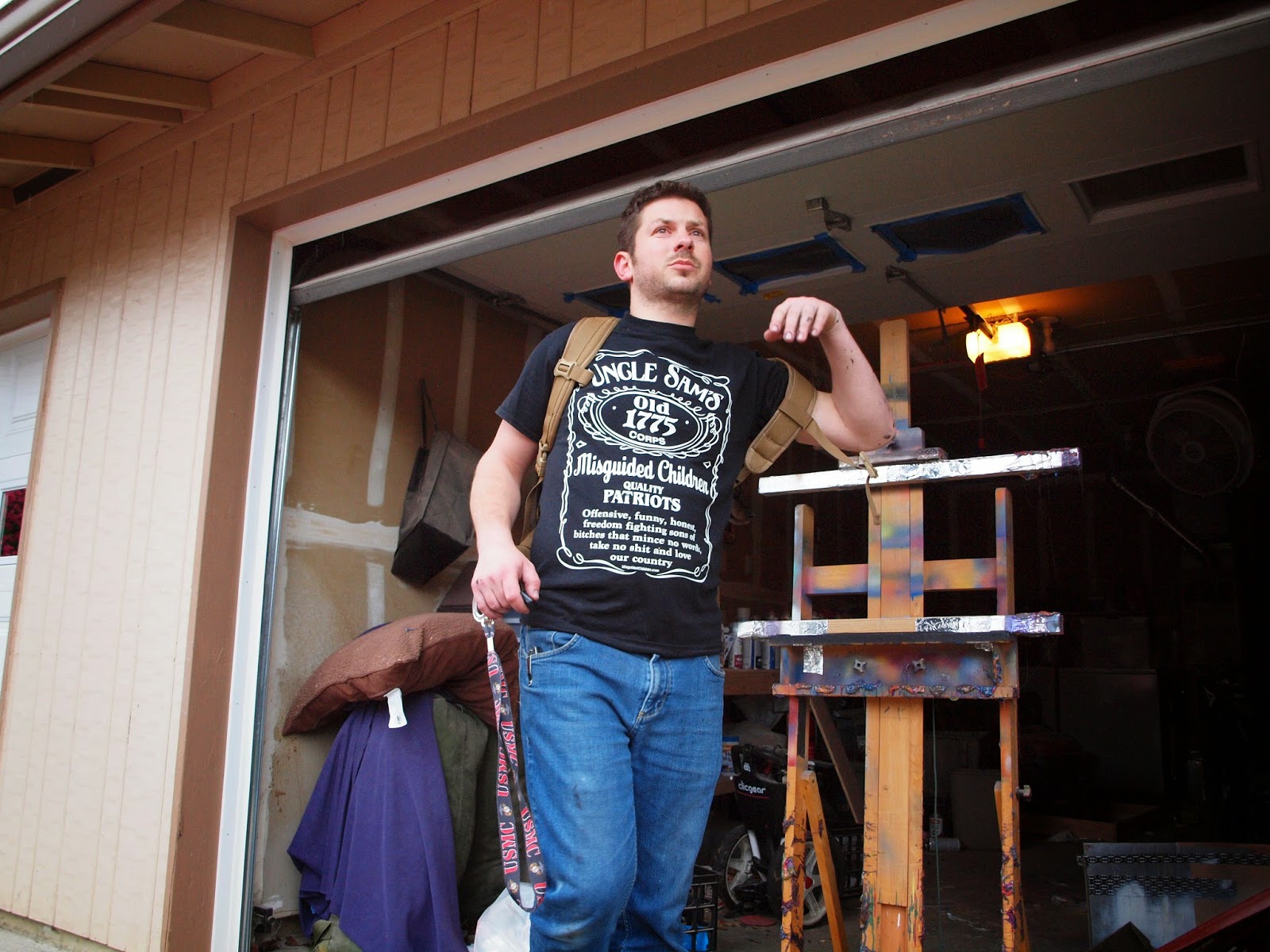 Art has helped Kohfield cope with his PTSD and integration back into society. Not having to deal with civilians is what he misses most about being in the military. Painting has helped him heal from his wounds of war, finding peace, and healing in a hidden talent.

“When I first started doing art it was a confusing time for me; now that I’m into art, it makes it easier to deal with people.”

“I expected my military buddies to give me crap about being an artist; I never expected to hear, ‘Your art is amazing.’” 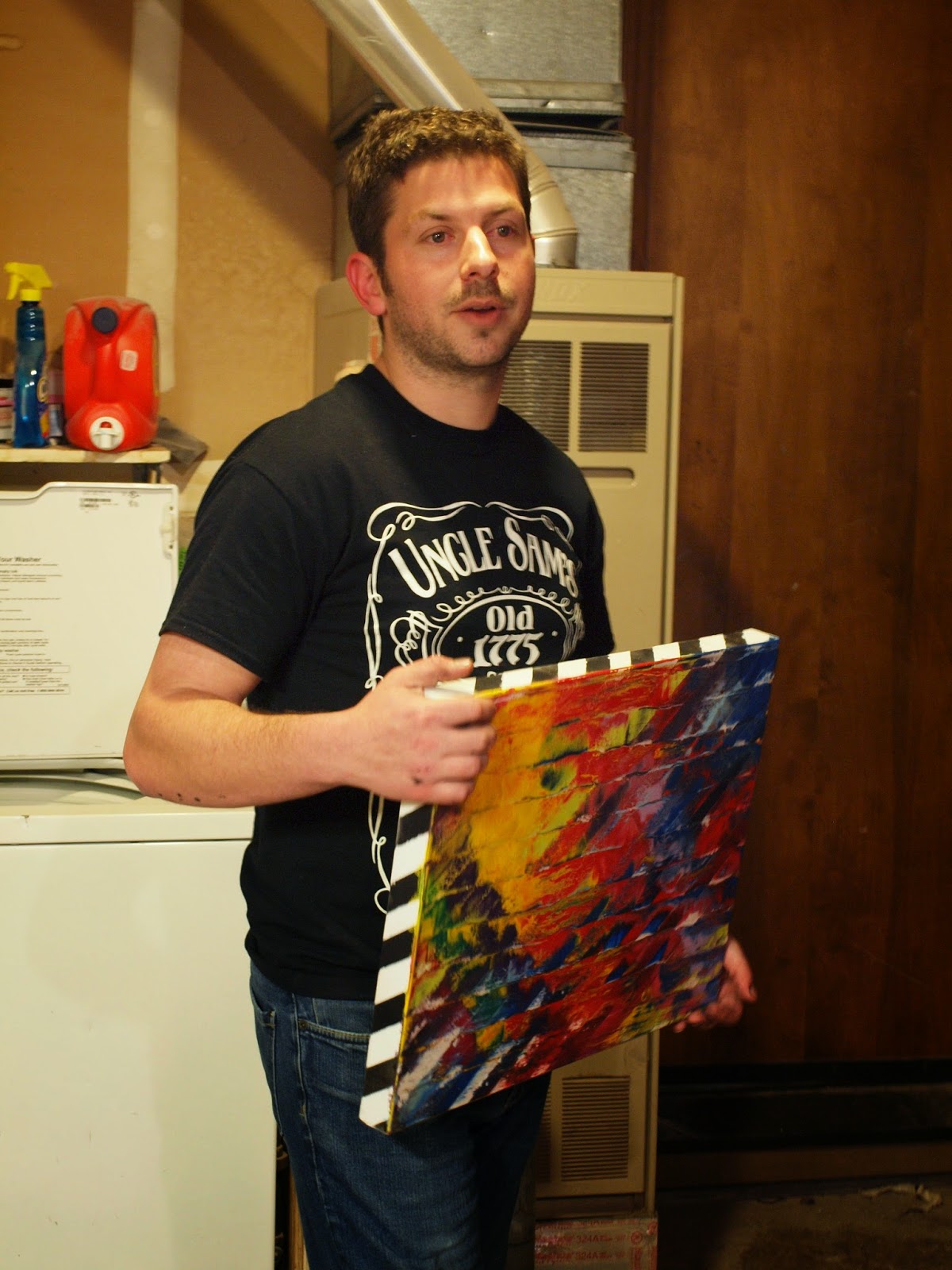 Self described as “awkward” Kohfield is unique, intense, and beautiful. One conversation or look in his eyes and you can see and feel his intensity. The same intensity can be seen in his paintings.

“I like how vibrant [his paintings are]...the marbling effect he gets with different layers,” said Jeremy Willcock, OSU fine arts and mechanical engineering major.

Using spray paint, Kohfield layers his paintings leaving no dead space on the canvas. Once he has them where he wants them he scrapes the canvas with a putty knife revealing an underlying beauty. Sometimes one piece takes months, like “Many Races United Under One Flag,” a piece he donated to LBCC’s permanent collection in the Calapooia Gallery.

“It’s about living in the here and the now, in this moment, for me. It forms my art. Emotions come out through layers of paint. It’s about what’s happening now that really defines my art.” 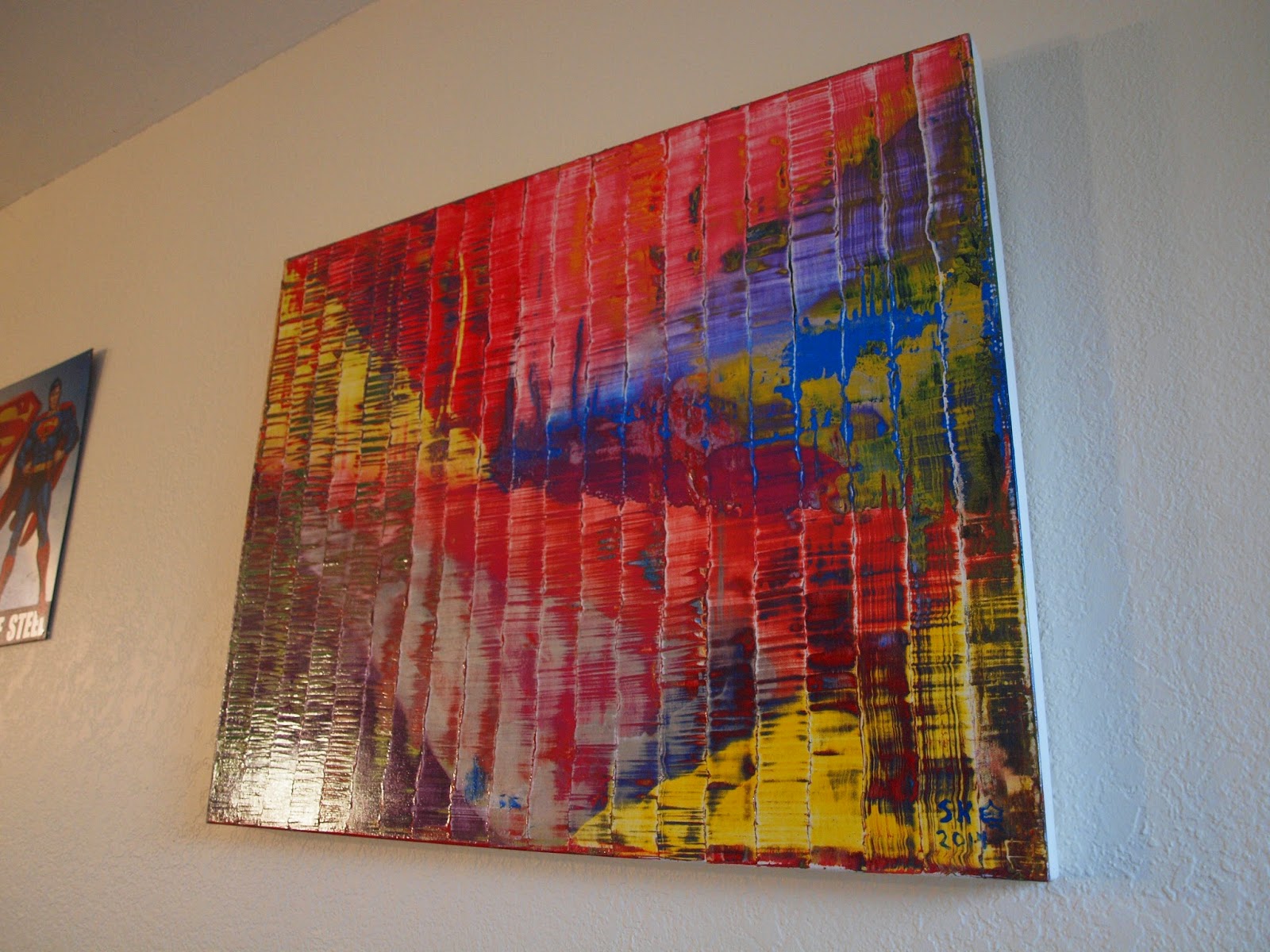 Where: Albany and Corvallis, Oregon

When: Monday-Friday 9 a.m.-5 p.m. in the Calapooia Gallery